The last name to represent the foreign rock scene at this year's Aerodrome Festival is American Halestorm. This Pennsylvania foursome centered around singer Lzzy Hale to date has recorded three studio albums, and in 2013, she made the Grammy Awards in the "Best Hard Rock/Metal Performance" category. Since its inception in 2009, Halestorm has been on tour virtually constantly and will play a whopping 250 concerts every year. During their tours, they shared the stage with dozens of rock and metal stars, such as The New York Times. with Evanescence, Papa Roach, Alter Bridge or Stone Sour and Bullet For My Valentine, with whom they will now bring together the Aerodrome Festival.

The Aerodrome Festival will take place from 28-30 June at the airport in Panenské Týnec and together with Halestorm will offer a total of 32 foreign performers on two stages.

The first scene, which will be dedicated to representatives of pop, indie, hip hop and electronics, will be dominated by one of the most popular singers of the present – Lana Del Rey, industrial icon Nine Inch Nails and rap stars Macklemore and Wiz Khalifa.

Fans of rock, metal and hardcor will be targeted by the second stage, whose program will offer such reverent names as Limp Bizkit, Parkway Drive, Stone Sour, Body Count Feat. Ice-T, Bullet for My Valentine, Hollywood Undead and many more.

The star-charged music production will be complemented by a rich accompanying program that will provide both an experience for fans of adrenaline (e.g. in a wind tunnel) and a relaxation zone.

The festival area will include a campsite where visitors can either build their own tent or rent a tent hotel or VIP tent.

The new organizers also offer free transport from Prague and back by festival bus for greater comfort of festival fans.

Tickets, program and other info on www.aerodrome.cz

Stage 2: Parkway Drive, Bullet For My Valentine, Underøath, Thy Art Is Murder, Crossfaith

Stage 2: Stone Sour, Halestorm, You Me At Six, Silverstein, Being As An Ocean 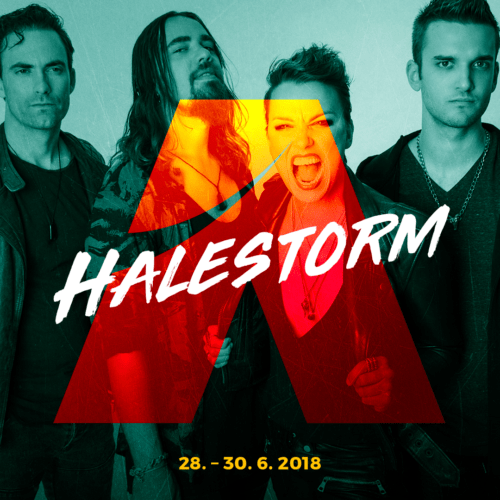